Growers and retailers need to be thinking ahead, as the Dutch Flower Council and Royal FloraHolland have just announced their Plants Of The Month for 2018. Their choice for Plant Of The Month for October 2018 is Pyracantha, so now is the time for growers to be ordering plugs and liners of the world’s only golden-foliage variety, Pyracantha Golden Paradise. Retailers should also plan ahead and place advance orders for finished plants now, so that growers can be sure to reserve stock for you!

Golden Paradise is on social media (all the best plants are!):

Check in for all the latest news!

Images of Pyracantha Golden Paradise. Click to open a full-size image. These images are made available for re-use by journalists, publications and blogs without charge subject to the condition that they are credited to Plants For Europe Limited and carry a link to www.loveandwishes.info

We also really appreciate it if you inform us of your use of any of these images. 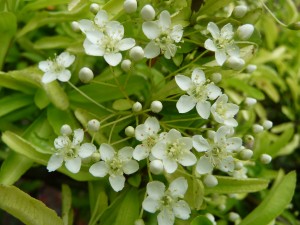 Bred in England, Golden Paradise is the world’s first golden-leaved Firethorn. Check this website for the latest information on Golden Paradise, including where to buy it, where to plant it, how to care for it, plus launch information and much more.